In the Andaluz Project, the three deciding cultures of the Middle Ages: The Muslim, Jewish, and Christian religions, are symbolized through the origins of the singers Mara Aranda (Spain), Iman Kandoussi (Morocco), and Sigrid Hausen (Germany).  The cultural span of these three religions even today has never lost its fascination and topicality.  The Al Andaluz Project is an extraordinary project that uses its musical brilliance of the highest technical quality to realize the peaceful coexistence of the three predominant cultures of our time.

The Al Andaluz Project came in to being from the meeting of the Munich group Estampie with the Spanish and Maroccan musicians from Aman Aman and L’Ham de Foc who gave a concert in Munich in November 2005.  Just a year later, the cross-border formation presented its contemporary, lively interpretation of traditional Jewish-Sephardic, Arabic, and Christian music at the Landshuter Court Music Days (Landshuter Hofmusiktage).

The ensemble has toured all over Germany, Austria, and Spain and has appeared at international festivals in Belgium, Holland, England, and Poland.  In 2012, the Al Andaluz Project was awarded the most prestigious German folk award, the “Global Ruth”, at the renowned Dance and Folk Festival in Rudolstadt. 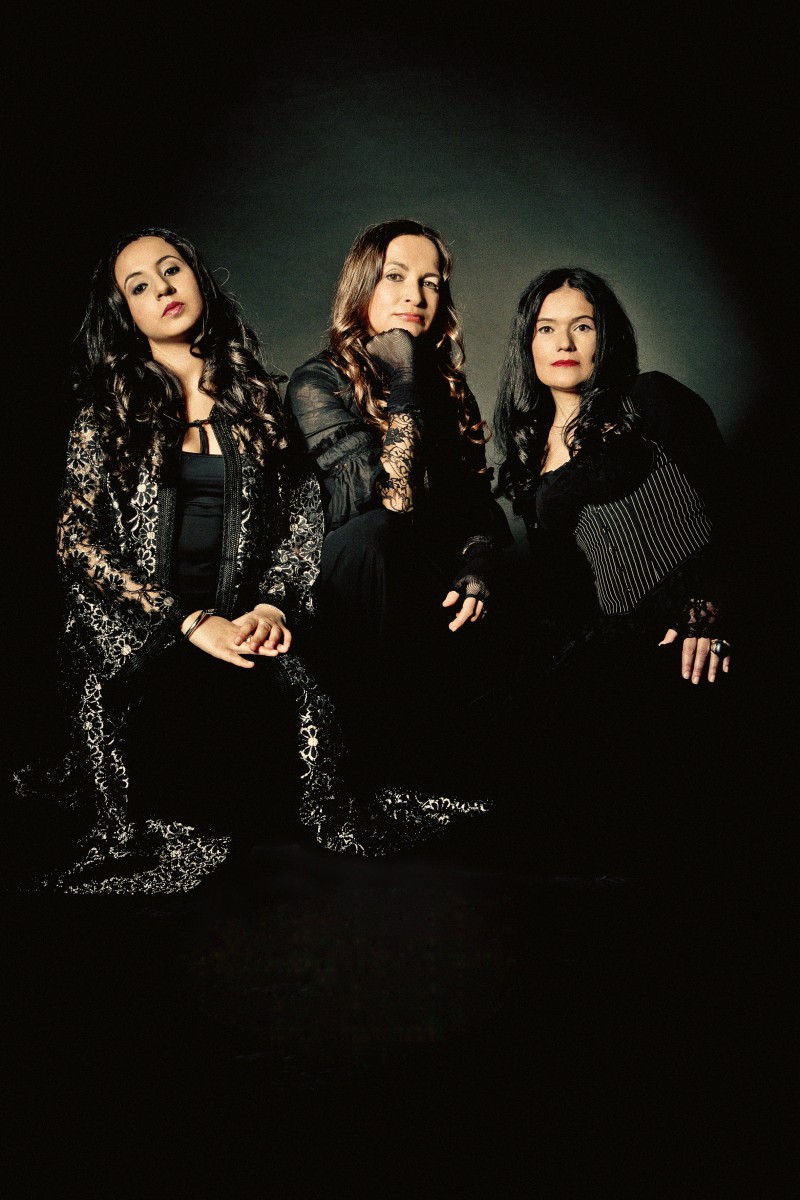 Al Andaluz - The Land of Light - is the name the Umayyaden conqueror gave to the Iberian Penninsula.  Spain, at that time governed by the Moors, was known for its tolerance, scholarship, prosperity, trade, and thriving artistic work.  Arabs, Jews, and Christians lived for centuries together influencing each other.  Musicians gathered at the courts of the western monarchs such as Alvonso X “the wise” from Castile.  Amidst this diversity, unique exchanges and multicultural encounters arose.  “Clarum decus orbis”, Ornament of the World, was the name the Saxon nun Roswitha von Gandersheim in the 10th century to the city of Cordoba.  This and other Andalusian cities stood for a culture of tolerance and the diversity and heterogeneity was seen as asset.

“Here, the profoundly arabized Jews discover Hebrew once again. Here, the Christians comprehend almost all aspects of the Arabic style, from the intellectual habit of the philosophers to the architecture of the Mosques...” - M.R. Menocal, The Palms in the West

All denominations are searching for philosophical, scientific, and religious truth.  The Caliphate of Córdoba possessed nine hundred baths, thousands of mosques, running water, and well lit streets.  In the 11th Century, Toledo was the intellectual capital of Europe.  It was a Christian city in which Arabic remained as the language, culture, and scholarship.  Through  Toledo and it’s translation schools and libraries, the rest of Europe obtained access to the work of the ancients.  Looking closer at this time, the impression remains that parts of the Dark Ages were anything but dark.  Instead, they managed to find a form of religious and cultural coexistence and connection.

With this premiere, Estampie attempts to ressurect the thoughts from Al Andaluz, the Land of Light, for the present day.  Through dialogue with the old songs, with the different language and musical cultures, a new musical picture comes into being:  A vision of tolerance as the Andalusian pet Ibn al-Arabi in his poem wrote:

“My heart has become capable of every form:

it is a pasture for gazelles and a convent for Christian monks,

and a temple for idols and the pilgrim's Kaa'ba,

and the tables of the Torah and the book of the Quran.

I follow the religion of Love: whatever way Love's camels take,

that is my religion and my faith.” 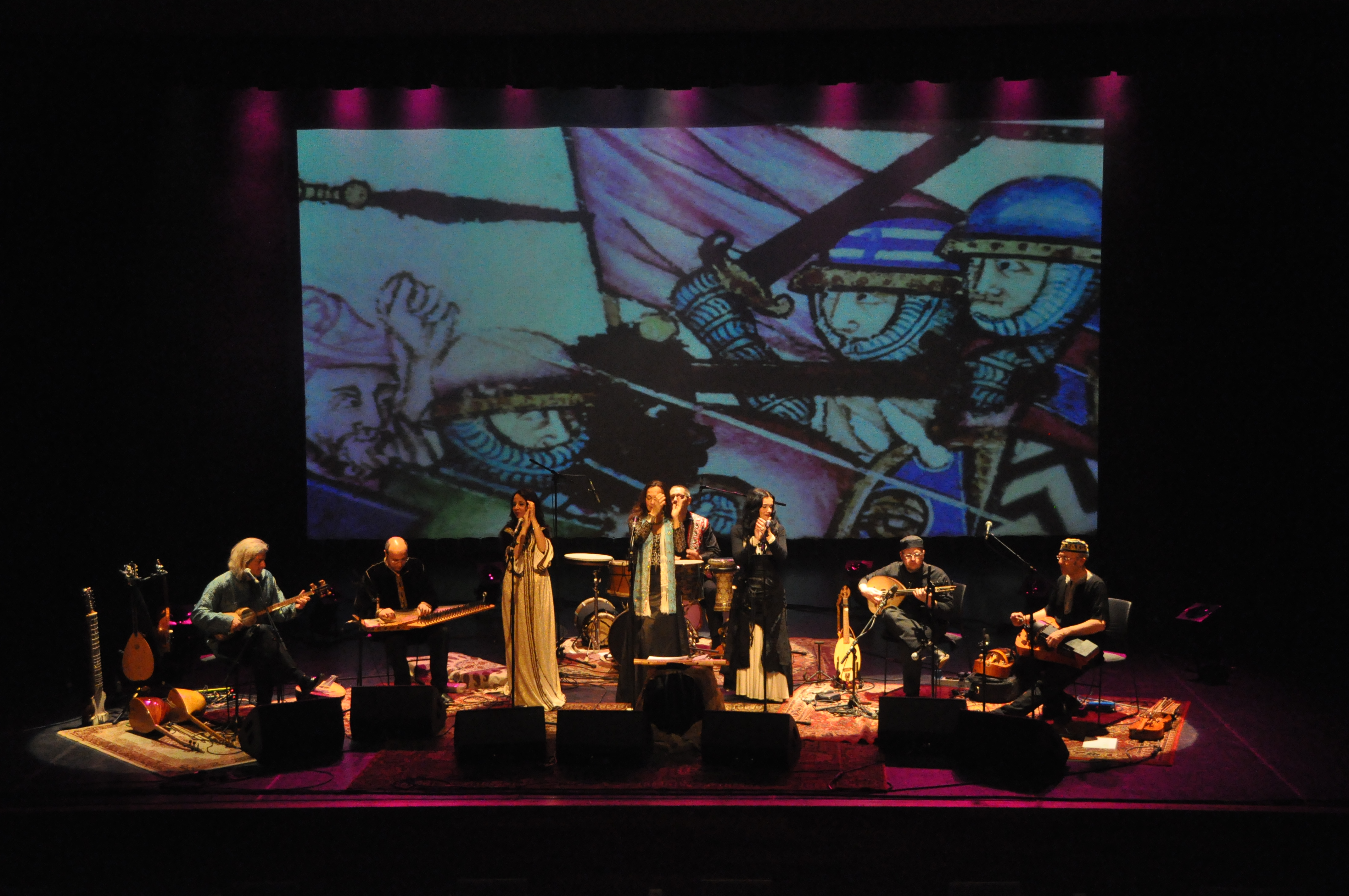